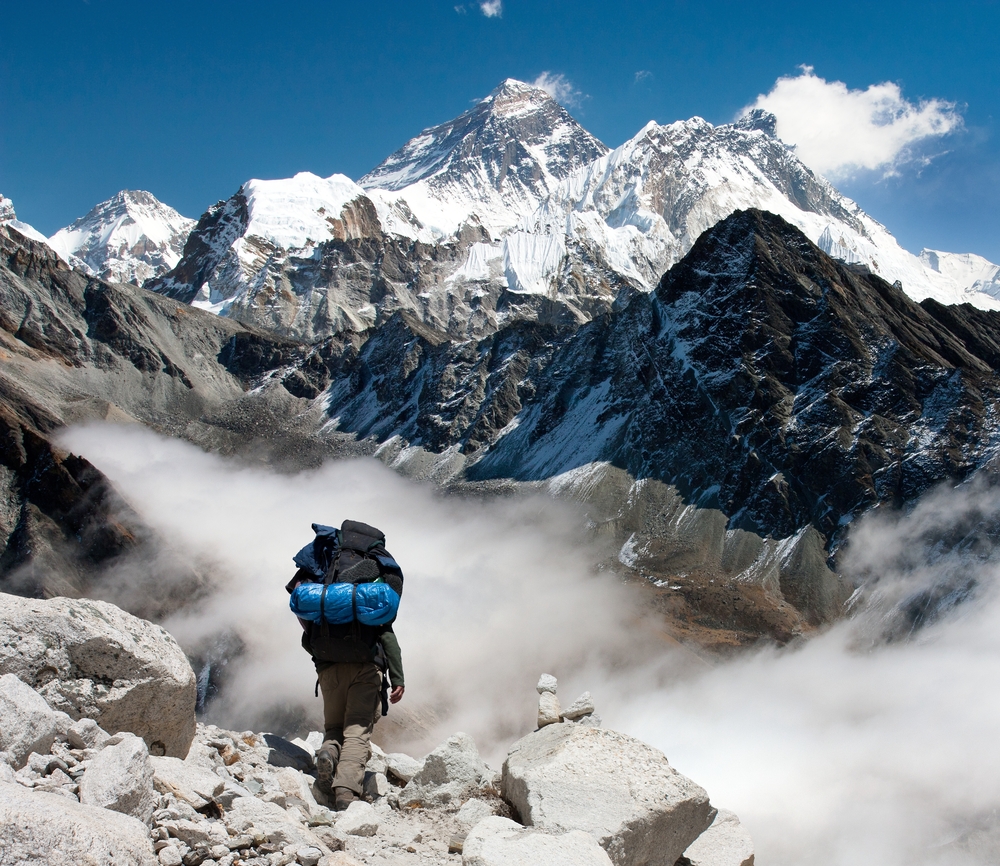 Secrets of the Hills – 10 Offbeat Trekking Destinations in North India

Northern India, with its magnanimous mountains and plunging valleys has some hidden trekking trails secret treks that are sure to pique the interest of any avid trekking enthusiast. The best way to explore these is to organize a trek and enjoy some likeminded company in the cool, pristine environment of North India.

Here are 10 of the lesser known, but amazing trekking destinations that are a best kept secret of North India This destination lies in the lap of Mt. Trishul and has overwhelmed many travellers with its innumerable stories. The lake is actually a mountainous graveyard, where thousands of skeletons can be found. Legen;ds range from it being a mass grave of soldiers, to being a the burial ground of the Mongolian army. The only way to find out is to get there!

Getting there: Train to Kathgodam – private taxi or public transport to Lohajung

Best Season: May and June 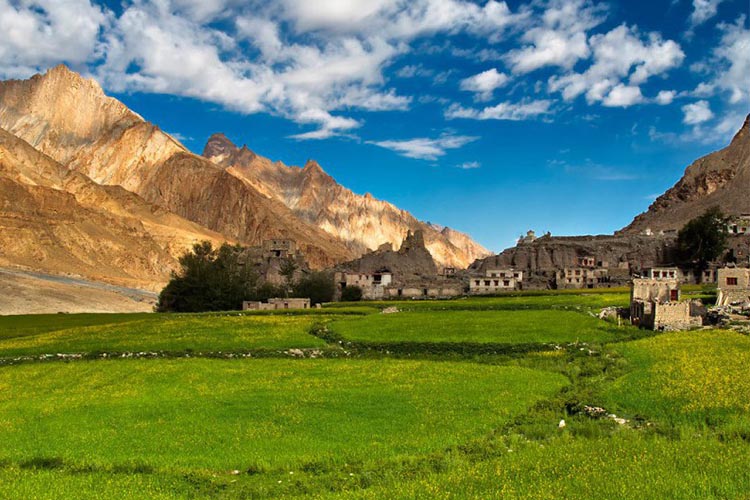 The Markha Valley Trek takes the trekkers to  Ganda La and Kongmaru La passes, which are among the highest in the world.  The place is laced with green fields, willow trees and a palace. This isn’t just an adventurous trek, but also provides insight into Ladakhi history and culture.

Getting there:  There are flights available from Delhi to Leh. Leh to Spituk is 7 km and can be reached bus or cab. 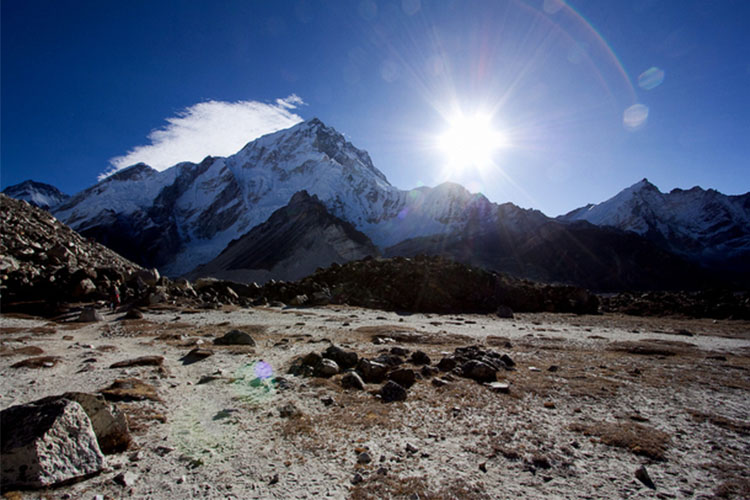 In the Singalila Pass Trek in Uttarakhand, provides fascinating glimpses of the Mt Kanchenjunga and its surrounding peaks. On your way till here , you will be ascending through the rhododendron, giant magnolias, spruce and other forests of Maneybhanjan.

Getting There: The trek base Hilley is 150 Km and end point Uttarey is 170 Km from New Jalpaiguri railway station which has good connectivity to Delhi as well as Kolkata.

Best Season: March to May and October to December 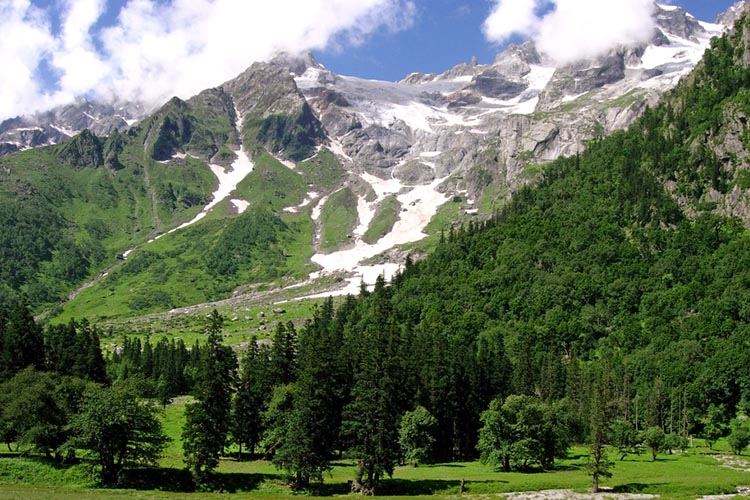 Bhaba Pass trek is an ideal destination for those seeking to explore the real beauty of Himachal Pradesh. Proud peaks and stunning river valleys of the region look as if they were made for adventure.

Getting There: Shimla is well connected by road and rail to Delhi. Amongst the lesser explored trekking trails in India, the Parang La originates from Kibber, a high altitude hamlet in the Himalayas, which is also the home to the rare snow leopard. Trailing closely with the Tibet border, the trek falls between the ancient route of Ladakh and Spiti Valley. This region has only recently been opened to trekkers and still has many unclimbed peaks and hidden valleys.

Getting There:  Kibber is a remote village in Himachal Pradesh and the safest way to reach is by hiring a cab, or by shared jeep or taxi from Kaza or Manali.

Best Season: July to September (especially the month of August and September). This trek takes you through some exhilarating terrains to provide the most amazing views and is located near the Solang Nulla district of Himachal Pradesh. An easy day hike around Manali, it enables you to explore some of the magnificent villages like Shanag, Solang and Burwa.

Getting there:  There are lots of buses that operate between both Delhi and Manali. Himachal Pradesh Tourism operates buses that start at 4:30 in the evening from Janpath and reach Manali the next morning. Sprawling over 600sqkm, the Hemis National Park in Ladakh is home to the elusive snow leopards. A trek to this park through the stunning locales that comprises of rocky terrains, views of the mighty Himalayan Range, exhilarating terrains and pictorial landscapes, is definitely an experience to be cherished.

Getting There: You can easily get to the Hemis National Park by hiring a car or by accessing public transport as it is barely 5km away from Leh Airport. A prominent peak on the trail from Gangotri to Gaumukh, Sudarshan Parbat trek is often approached through the Raktavarn Glacier route. The trek trail itself is a vibrant combination of level-walks, gradual climbs and steep ascent going through glacial paths, birch forest and rocky inclines.

Getting There: The nearest railhead is Haridwar. Buses are available from Anand Vihar ISBT. You can also take a cab/local bus from Delhi to Gangotri which is a distance of 466km

Route: Delhi- Uttarkashi-Gangotri-Chirbasa-Bhojbasa-Sudarshan Peak and back 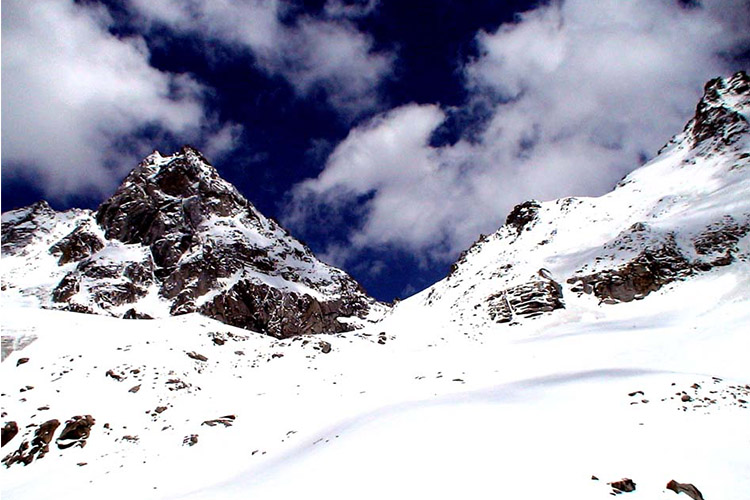 A connecting passage between the Himalayan Range of Himachal and Uttarakhand, the Borasu Pass trek is a unique experience for trekkers. The trails of this amazing trek pass through the Har Ki Dun Valley and also through the Marinda Lake and finally lead to lush and flowery meadows.

Getting There:  Dehradun is the nearest rail head to Sankri, which is the starting point of the trek. From there Sankri is at an approximate distance of 186km and can be reached by bus or private vehicle. Yet another engrossing trek in the Kumaon region, this trek takes you to some of the remote settlements of Uttarakhand. Around 28km in length, the trek can be strenuous in nature depending on the weather and climb.

Getting There:  The nearest rail heads to Munsiyari, the starting point of the trail is Kathgodam. You can hire a local car or driver to take you ahead from the station to Chaukori and then onward to Munsiyari.