Organizing any concert is a colossal task. It takes weeks of planning, documentation, patience and creativity. When it comes to a musical event such as concerts, things get wilder and even more difficult to accomplish. In such mega events, organizers have to consider various factors that play a crucial role in the success of that event.

These mainly include entertainment tax, government permits and licenses. The documentation work is further followed by NOCs (No Objection Certificates) from various sources. Therefore, before organizing any event, it is necessary to ensure that the all legal procedure is followed.

While most of the veterans are aware of these, there’s still a burgeoning group of freshers in the concert world who might like a quick reference or even a veteran thinking of their next big concert in another city.

IPRS is considered as the most important and license for any musician, vocal artist or the lyricist performing in any part of India. It is mandatory for any artist performing on stage in any part of India to become a member of the society. Later, to acquire the license as the approval from the society. As an organizer, you need to make sure your artist has the necessary license and to procure one if they do not.

The society aims to guard its members by protecting their member’s creations. Its main job is to collect royalty from the music users for the artiste. Not all artistes and performers realize the importance of a license from IPRS. There are instances where the musician or vocalists were barred from the event.

Apart from IPRS, PPL is the second pan- India autonomous body that directly deals with the Human Recourse Development Ministry (HRD). Both, PPL and IPRS have their importance, impact, their different style of working. However, the two can be described as the backbone of any event.

PPL license allow public performance, display of recorded music or video. It gives the freedom to use the creation of any artist. For example, If you have organized a promotional event in any part of the country and you are using a popular song or visuals in it, then you will need a PPL license.

Any private or public event that requires loudspeaker need a loudspeaker license. It is easy to obtain from the local police authorities of the area where your event is going to be held. Based on the nature of the event officials will fix the size as well as the numbers of the speakers. They may also allot specific hours for the loudspeakers.

Any event featuring a child artiste below 18 years of age requires this license.

The license is obtained from the Municipal authority of the event venue. It is a rule to apply for the license before 28 days of the event.

An Excise License is a must when ‘alcohol’ is on the check list of your event. Few Hotels and venues may even ask for a 1-day liquor license. In states like Maharashtra, various venues or hotels may need to obtain a permit for alcohol.

A non-ticketed or invite based event needs to obtain a no-objection certificate from the collector. For tickets based events, commercial tax license is a must.

Entertainment Tax for Concerts in Megacities 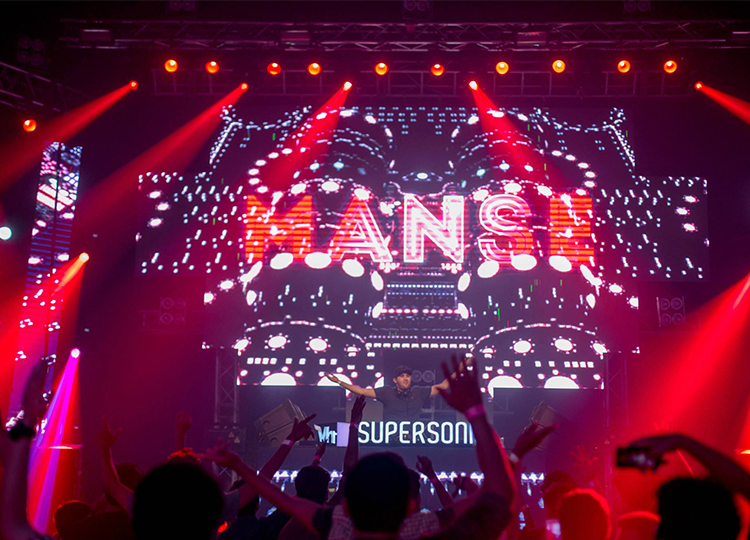 Mumbai is the city of entertainment. At present, the state charges 25% of the gross ticket rate as entertainment tax. It is applicable on events, sponsored shows, and on exhibitions.

Some of the popular destinations you can host concerts in Mumbai are Blue Frog, Mehboob Studios, Horniman Circle Gardens and the Asiatic Society Library Steps.

Blue Frog restaurant/ bar is one of the most popular hotspots for music lovers. It was launched in 2007, and by the end of 2011had expanded to New Delhi. The reason behind the success is considered its six gig nights in a week. 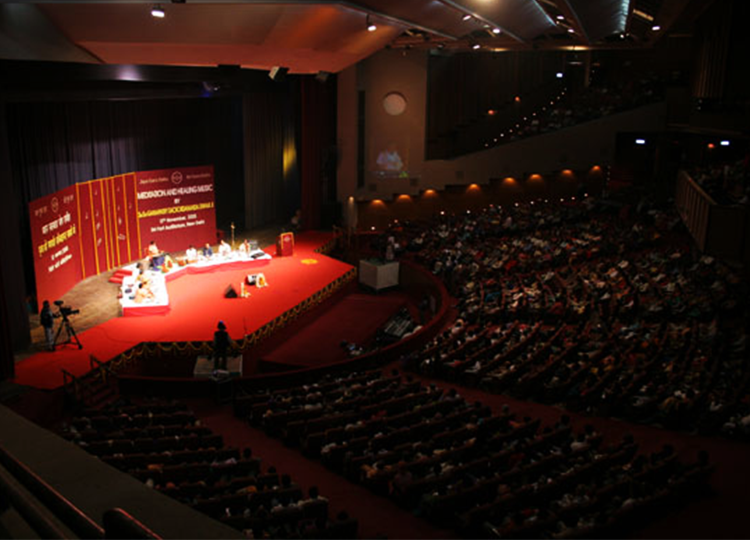 Scattered across Delhi are a large number of venues and auditoriums for different kinds of events. The Delhi government charges 15% of the total ticket sale as the entertainment tax. It has also issued a list of 23 permanent venues that do not require any fire and water clearance as they have already established the necessary infrastructure.

Events that attracts thousands of people can be organized at Dhanchiri Camp, Buddh International Circuit and the Ambience Island near Delhi. 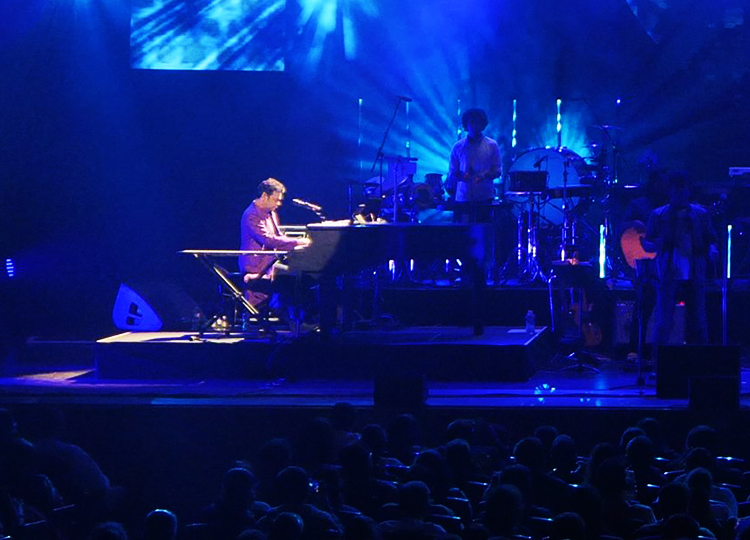 Chennai is famous for its art and culture. The Tamil Nadu government charges 10% of the gross ticket value as entertainment tax. Organizers seeking the perfect place to hold an event in the city can easily be overwhelmed by the sheer number of venues in the city. Artists from different countries can find a great crowd at the Confluence Banquets/ Resort.

Closed premises offer safety and are highly appreciated for small gatherings. Arkay Convention Centre is a fully air-conditioned, multipurpose hall that is perfect for any kind of music concert. The hall is designed taking acoustics into consideration. P.A.C Ramasamy Raja Hall offers similar features as those of the Arkay Convention Centre along with a recording theatre and proofing system. 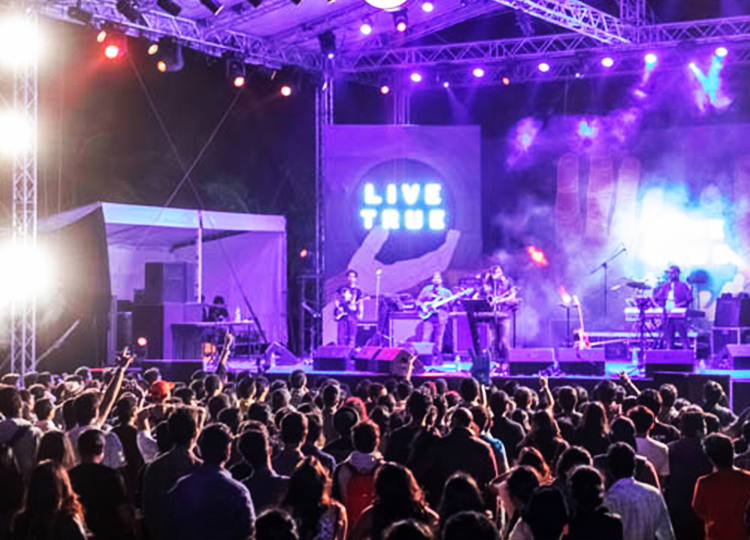 The cyber city is crazy about hard rock and metal music and Karnataka charges 10% of the gross ticket value as entertainment tax.

In the past few years, Bengaluru has overcome its deadline for the nightlife with a number of newly launched pubs. In addition to this, it is the new International Music Concert Hub of India. Usually, large scale concerts can be held in the Embassy International Riding School, EZone, Marathalli, White Orchid Convention Centre and Bhartiya City.

There are number of auditoriums and halls that offer a great ambience and space for music lovers. Auditoriums such as ADA Rangamandira, Chowdiah Memorial Hall, Jawahar Bal Bhavan Auditorium, Sri Puttanachetty Town Hall, Ravindra Kalakshetra, Bangalore Gyana Samaja and Ranjan Hall are state of the art and very popular. 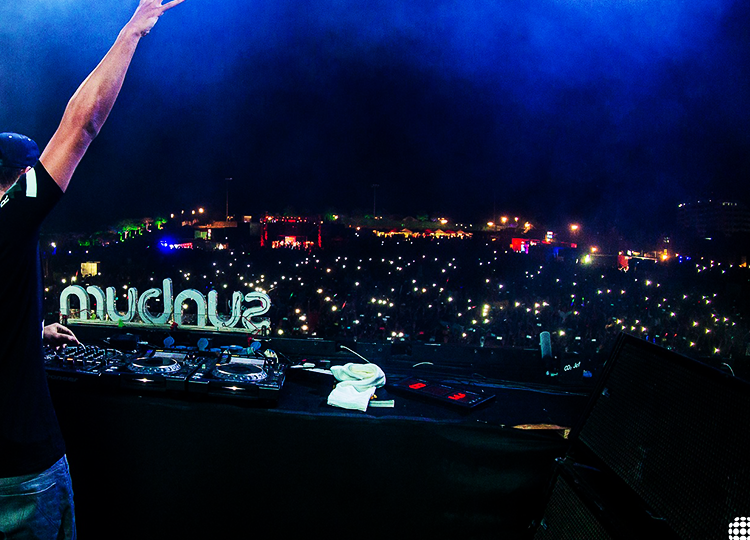 Hyderabad celebrates a global demographic. The city is rich with unique and artistic venues such as Gandharva Mahal. It is one of the most perfect and the popular destinations in Hyderabad. The Mahal is closely followed by Hitex and Shilpakala Vedika.

The Hitex has various venues for indoor and outdoor concerts. It features some of the best in concert technology. Whereas Shilpakala Vedika is a convention center that offers five acres of great space. This place is considered as the perfect place for mega concerts in town. 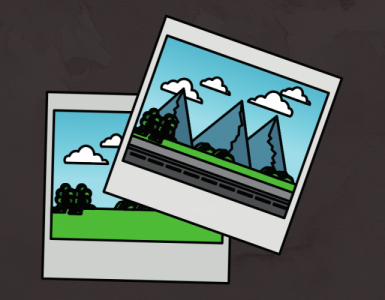